The relations arising in connection with the registration, legal protection and use of the EEU trademarks and place of origin of goods will be regulated 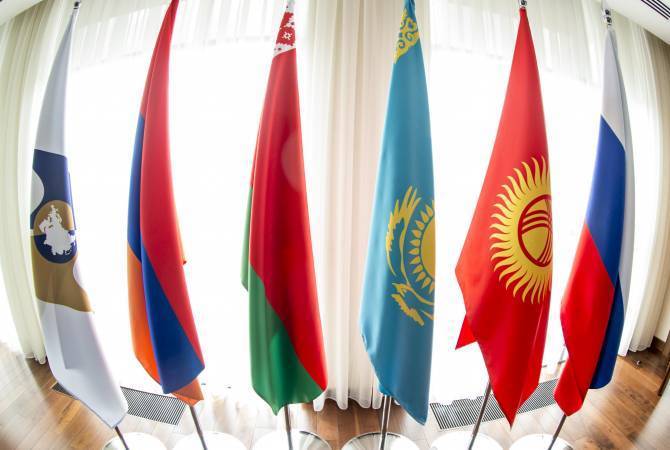 On January 12, 2021, within the framework of the issues included in the agenda of the session of the Standing Committee on Regional and Eurasian Integration of the RA National Assembly, the RA draft law “On ratification of the Eurasian Economic Union Treaty on the Trademarks, Service Marks, and Appellations of Origin” was discussed.

While presenting the issue, the RA Deputy Minister of Economy Varos Simonyan noted that the Treaty was signed on February 3, 2020, in Moscow. He informed that the Treaty envisages establishing the legal framework, which will regulate the relations arising in connection with the registration, legal protection, and use of the EEU trademarks and goods.

According to Varos Simonyan, in the event of the Treaty entering into force, the economic entities will have the opportunity, when needed, to register their trademark in the EEU territory by submitting one application. “This will allow all economic entities to use such mechanisms of protection of the exclusive right to a trademark, which are stipulated by the national legislation of the EEU member states, as the registrations envisaged by the Treaty are legally equal to the national registrations”, said the Deputy Minister of Economy.

The RA draft law under discussion received the positive conclusion of the Standing Committee on Regional and Eurasian Integration of the RA National Assembly.

Export to the EU under “GSP+” REX

One Stop Shop for Investors

Feedback with the ministry staff officers

Electronic Government of the Republic of Armenia

The rank of Armenia in the international ratings

National Center of Innovation and Entrepreneurship

The union of manufacturers and businessmen of Armenia

Chamber of Commerce and Industry of the Republic of Armenia